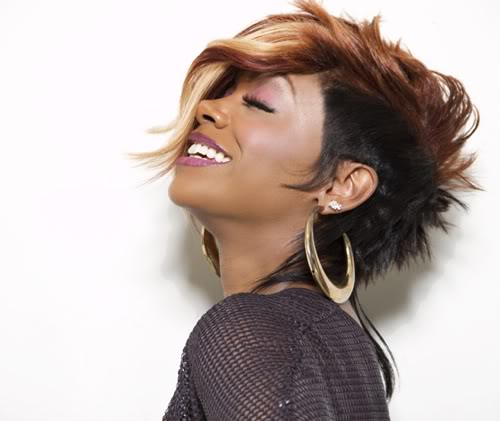 Looks like Kim Zolciak isn’t the only one who is getting her own spin-off show.  The Real Housewives of Atlanta star Kandi Burruss has been given the green-light from Bravo for her very own show looking for the next pop superstar titled “The Kandi Factory“.

NEW YORK – September 29, 2011 – Bravo Media and Kandi Burruss hit a high note as the network announced today it has greenlit “The Kandi Factory,” a new special following “The Real Housewives of Atlanta” star and multi-platinum songwriter. Ever since Burruss turned Kim Zolciak‘s single “Tardy for the Party” into a digital download phenomenon, she has been bombarded by thousands of wannabe artists desperate for her popstar secrets. Burruss believes she can turn anyone with raw talent and drive into “something hot” and wants to give aspiring artists a shot at their dream.

“With her breakout personality and straightforward attitude, Bravo fans have grown to love Kandi on ‘RHOA’” said Eli Lehrer, Vice President of Development for Bravo. “‘The Kandi Factory’ will capture a unique look at her successful music career as Kandi transforms two music hopefuls into the next big popstar.”

In the special, Burruss will give two protégés the opportunity to come to Atlanta and learn the fundamentals of pop music success. She has identified three factors that have to fit perfectly together to create a pop sensation: the song, the look and the performance. Burruss and her team of experts at The Kandi Factory will work with the two contestants in order to turn them into music superstars.

Bravo is making some serious $$ off of the Real Housewives series. Any who, congrats to Kandi as she embarks on another new journey.  I guess she also better thank Kim. LOL It’s going to be interesting to see how this show comes together, I can’t wait to see the foolery.