OH NO! DRAMA! COMEDIAN SHERYL UNDERWOOD GETTING FIRED FROM CBS “THE TALK”?

Why is it so hard for African-American females to keep on job nowadays on daytime TV? First they fired Holly Robinson-Pette and now more B.S.!  If you let them tell it word on the street is that Sheryl Underwood new gig on CBS “The Talk” is now “allegedly” in serious jeopardy. 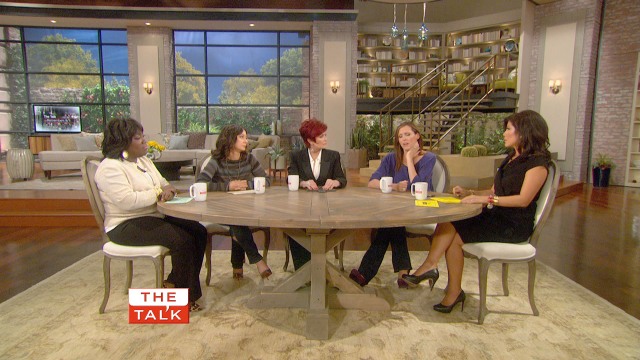 Julie, 41, who’s married to CBS Chief Les Moonves, rules the show with an iron fist. “Julie believes they made a huge mistake by adding Sheryl to the panel,” a set insider confided. “She thinks Sheryl’s comedy is too crude for daytime TV.”

According to the insider, Julie was particularly upset when Sheryl made light of suicide during a discussion about the death of “Real Housewives of Beverly Hills” husband Russell Armstrong on the show’s premiere episode.

This is just complete B.S.! We all know the type of person Sheryl Underwood is, she has always been strong opinionated, outspoken & vulgar. If this is indeed true I can’t believe the fact that they didn’t expect that type of behavior from Sheryl. Sheryl keeps it 100% at all times.

7 Responses to OH NO! DRAMA! COMEDIAN SHERYL UNDERWOOD GETTING FIRED FROM CBS “THE TALK”?