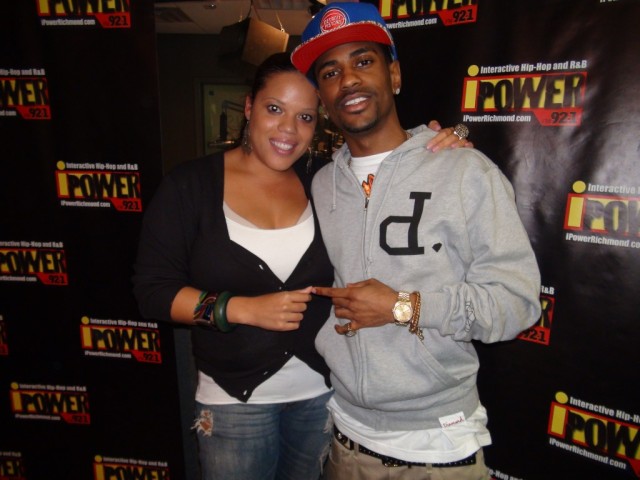 Big Sean paid a visit to iPower 92.1 in Richmond, Virginia yesterday (Oct. 5th) and chopped it up with my girl TT Torrez (pictured above). During the interview Big Sean attempted to address the recent allegations against him after he was arrested a few weeks ago on charges of sexual assault. Due to his “gag” order in place he couldn’t talk much about the incident but he did have a few words to say.

Man…I felt like I was teased a little. However, I’m sure he will spill the beans in due time.   On another note Big Sean seems like he’s really down to earth, he’s willing to keep it real when most rapper’s aren’t.

This entry was posted in INTERVIEWS and tagged BIG SEAN, TT TORREZ. Bookmark the permalink.