This has got to be one of the craziest rumors I heard in a while.  If you let “that blog” tell it Toni Braxton is “allegedly” supposedly involved in a romantic relationship with Terrance J of BET’s 106 & Park.  However, if you ask me I don’t believe the hype! But for what it’s worth here’s what they are claiming.

Toni, who is 43 years old and Terrence, 29, have known each other for many years. But the two hit it off last spring when Toni went on 106 & Park to promote her new reality show, Braxton Family Values.

The two flirted on camera, and afterwards kept in contact. They went on a couple of dates this summer when Terrence was in Los Angeles filming a new movie.

And now we can confirm, the two are dating – and in love with each other.  Oh, and if you don’t believe US . . . peep the Facebook messages we complied which prove what we’re saying. [source] 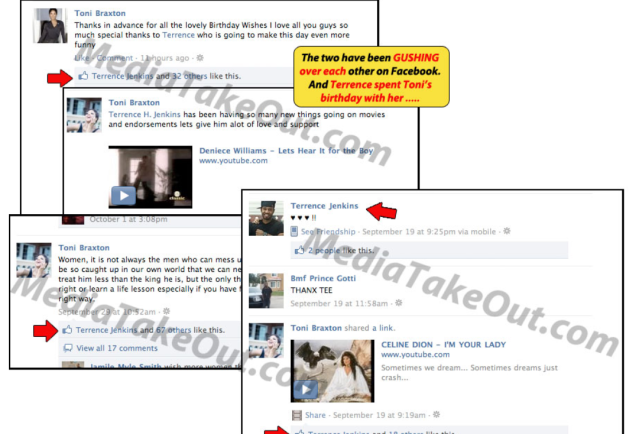 First it was Toni Braxton dating Trey Songz after their 2009 “steamy” Soul Train awards performance where they kissed & now this.  In my Tamar Braxton voice, this sounds like some B.S. dot com!