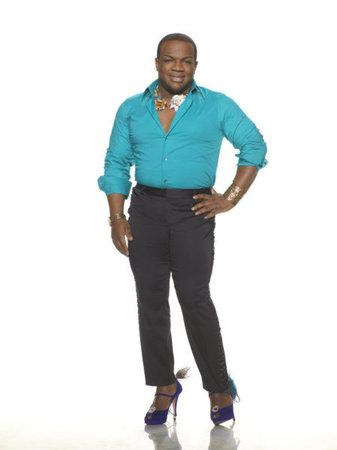 Celebrity hair stylist Derek J whose currently a judge on Oxygen’s “Hair Battle Spectacular” is known to push the envelope when it comes to his fashion.  However, many have asked what in hell possesses a grown man to wear woman’s heels?

During a new interview with HipHollywood, Derek explains exactly why he’s a man who wear heels.   Now before you jump to conclusions find out from the horse’s mouth, you just might be surprised.

I would have never thought Derek actually wore Jordans…I know one thing I respect him even more after seeing this video.  It’s going on 2012, it’s time we stop judging folks and let them live their lives as they choose.

Like the old saying goes never judge a book by its cover.   I don’t necessary agree with a man wearing heels but I do & will respect anyone who is comfortable in their own skin.  As long as he’s happy, hell I’m happy too.

Hit the comment box & let me know how do you feel about a grown man wearing woman’s heels.  Do you agree or disagree & why?  Remember to be respectful of one another.  Let’s get it popping!