SAY WHAAT! LISA LESLIE: “THE WNBA IS NOT MADE UP OF ALL LESBIANS BUT”…. 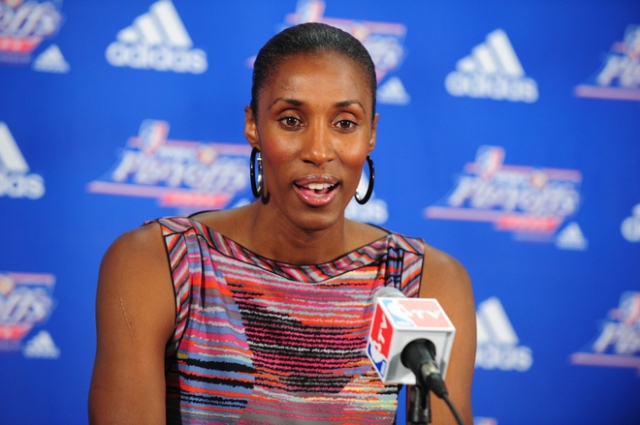 Former WNBA player Lisa Leslie is speaking out against rumors (apparently started by a TMZ employee ) that all females in the WNBA are lesbians.   Although, some of the women in the league may be more “manly” than some men they are not necessary lesbians.  However, she did say at least 70/30 could be.

I still find it quite interesting that at least 70% of women in the WNBA could be lesbians.  At the end of the day regardless of who someone chooses to sleep with whether “man” or “women“, it’s their damn business!

This entry was posted in SPORTS NEWS and tagged LISA LESLIE. Bookmark the permalink.