AUNT VIV FROM “THE FRESH PRINCE OF BEL AIR” GOES ON RANT SAY’S “WILL SMITH IS A SELF-CENTERED A**HOLE”!

Janet Hubert, the actress who played the original “Aunt Viv” on the 90’s popular show “The Fresh Prince of Bel Air” is now talking some serious sh*t about Will Smith.  Apparently, she still feels bitter about being fired from the show years ago and don’t give’s a f*ck!

After the original cast reunited a few days ago for dinner (excluding her) [see here] talks of a possible reunion show was being thrown around.  However, according to Aunt Vi , Will is a complete “a**hole” & she’s not doing a reunion show unless he apologizes for the way he “allegedly” fired her a**. 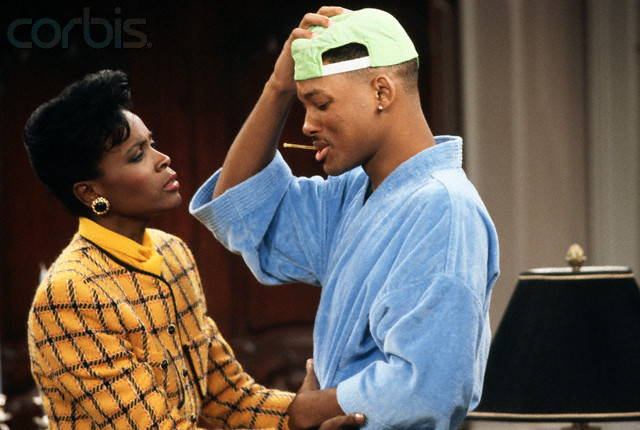 15 years after the show went off the air …Janet Hubert tells TMZ she’s still upset with the way she was fired from the show … and blames the whole thing on Smith himself.
“There will never be a reunion … as I will never do anything with an a**hole like Will Smith,” Hubert said.

She adds, “He is still an egomaniac and has not grown up. This constant reunion thing will never ever happen in my lifetime unless there is an apology, which he doesn’t know the word.”

Hubert has said in the past she believes Smith is to blame for her departure in the middle of the show’s run — claiming he turned on her because she wouldn’t kiss his butt.

But Smith refuted the claims after Hubert left the show in 1993 — telling an Atlanta radio station Hubert simply had a bad attitude which played a major role in her demise.

Smith told the radio station, “[Hubert] said once, ‘I’ve been in the business for 10 years and this snotty-nosed punk comes along and gets a show.’ No matter what, to her I’m just the AntiChrist.” [source]

I hope they get it together because I really would be nice for them to get back together for a reunion show one day.  I’m still waiting on Martin Lawrence and the cast of “Martin” as well.   But wait! I still can’t belive she just carried & dragged Will Smith by his throat like that……..

This entry was posted in BEEF, TELEVISION and tagged JANET HUBERT, WILL SMITH. Bookmark the permalink.