THE STREETS IS TALKING! BRITNEY SPEARS “BORING A**” IS FIRED FROM XFACTOR USA! 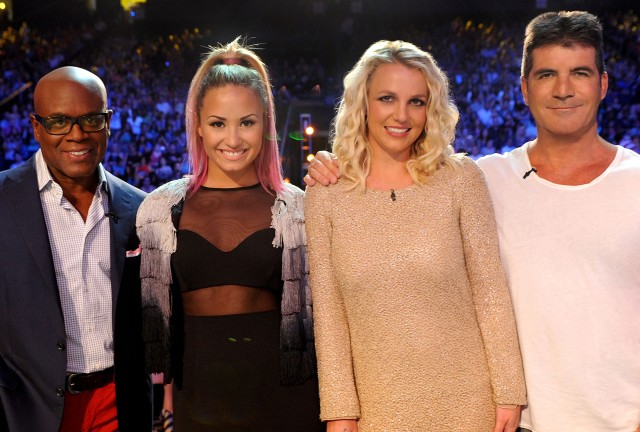 Aside from the fact that my new home loan got approved, this has got to be the best damn news I heard all day! If you watch XFactor USA than you probably know how boring Britney’s a** is on the show. I don’t know about you but for some reason I just expected way more out of her. Instead, all we got was a bunch of crazy a** facial expressions and confused looks. I was rooting for her and I still am but I’m happy to see her go!

Britney Spears will reportedly be fired from The X Factor after just one season judging the talent competition, sources tell Us Weekly. Spears joined the show in May along with fellow newcomer Demi Lovato, but an insider says the pop star “will get the boot,” adding: “Producers wanted her for the long haul, but it isn’t working.”

X Factor creator and judge Simon Cowell is reportedly leading the charge to axe Britney, with another source saying, “He wanted crazy Britney, but he got boring Britney.” Producers say Spears, with her tepid judging style, hasn’t earned her $15 million contract, with one more source noting, “They paid all that for her to say ‘amazing’ and offer half-claps.”

The news of Spears’ imminent axing comes on the heels of L.A. Reid’s announcement that he won’t be returning to the show for its third season, wanting instead to focus on his work as the chairman of Epic Records. The X Factor has undergone several judging changes in just two seasons, losing or letting go of Paula Abdul, Nicole Scherzinger and Cheryl Cole. – Rolling Stone

I still love Britney though however, Simon paid her all that money to be on the show just for this sh*t…..

This entry was posted in RUMOR CONTROL and tagged BRITNEY SPEARS. Bookmark the permalink.