IT’S ABOUT TIME! CONGRESS IS URGING THE WASHINGTON REDSKINS TO CHANGE THE TEAM NAME… 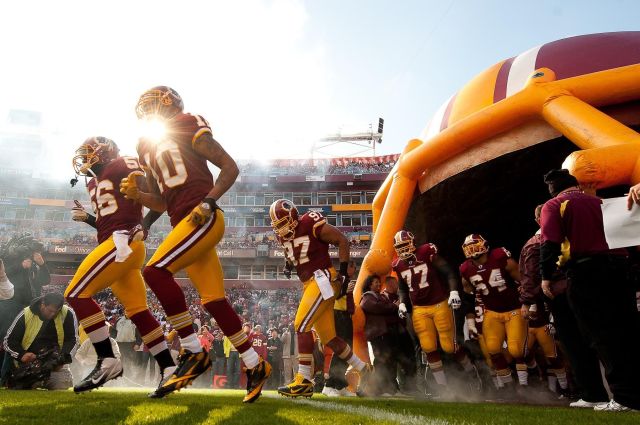 In recent weeks, massive talks behind the scenes have been talking place urging the Washington Redskins to drop the “Redskins” from the team name.   Many fans in the nation’s capital find the name very offensive to African-Americans and would love for the NFL to intervene.

The much heated controversial debate has even made its way through the halls of DC’s mayors office and even Congress on Capitol Hill.  Will it be changed?  If Rep. John Lewis (D-Ga.) and D.C. Delegate Eleanor Holmes Norton (D) have their way, it just may happen!

Lewis, a civil-rights hero, told The Hill that “we have to be sensitive” to the concerns that the name is offensive to some people. He said the NFL team “should consider” a name change, pointing out that he has been asked similar questions about the Atlanta Braves’s “Tomahawk Chop,” which has attracted criticism from Native American groups.

In a phone interview on Monday, Norton said, “Nobody would let a comparable name to blacks stand.”
The Congressional Black Caucus (CBC) member noted that the Washington Wizards used to be called the Bullets, adding that the team enjoyed goodwill for the name change and that the Redskins would benefit similarly.

Asked if she thinks the Redskins will eventually change, Norton responded, “I certainly do. But nothing happens without pushing and shoving … I am a fan of the Redskins. I’m just not a fan of their name.”

The controversy over the Redskins name has intensified in recent weeks. Washington, D.C., Mayor Vincent Gray suggested a team name would need to be made if the team wants to move its home games from Maryland to the nation’s capital.

The Redskins declined to comment for this article. – The Hill

I personally think the Redskins should change their name to something else just like the Washington Bullet’s change their name to the ‘Wizards’.  It’s only the right thing to do.  However, I think Congress has more important things to worry about right now like making sure they pass that budget!

This entry was posted in SPORTS NEWS. Bookmark the permalink.