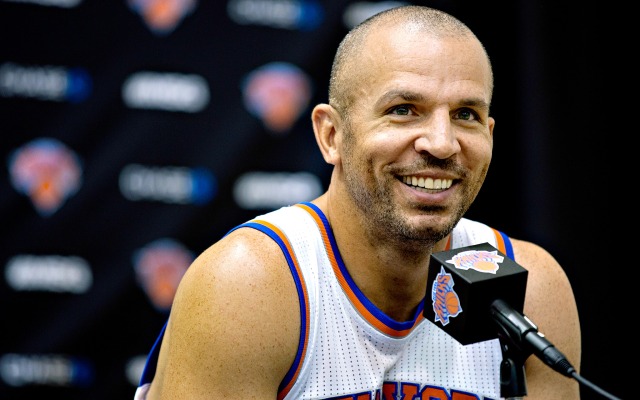 As the old saying goes all good things must eventually come to an end.  After more than 19 season’s in the NBA, New York Knicks point guard Jason Kidd has announced he’s hanging it up for good.

Jason Kidd announced his retirement Monday after 19 seasons as one of the best passing and rebounding point guards in NBA history.

“I think it is the right time,” Kidd told ESPNNewYork.com. “When you think about 19 years, it has been a heckuva ride. Physically, I want to be able to participate in activities with my kids so it has taken a toll. It is time to move on and think about maybe coaching or doing some broadcasting.”

“Jeff [Schwartz] and I and my family had been talking this past weekend,” Kidd added of his agent. “We talked a lot and we felt it was the right time to move on and so we notified the Knicks. They were kind of taken aback. We told them [earlier] that I wanted to come back and play. But this weekend was when we got a chance to relax [and really think about it]. It is the right thing to do.”

Kidd, 40, leaves the game as sure-fire Hall of Fame point guard. The 10-time All-Star led the NBA in assists five times and finished second all-time in assists and steals behind John Stockton. – ESPN

I guess he will go over and join the rest of the ‘old heads’ as sports analysts for ESPN.

This entry was posted in SPORTS NEWS and tagged JASON KIDD. Bookmark the permalink.