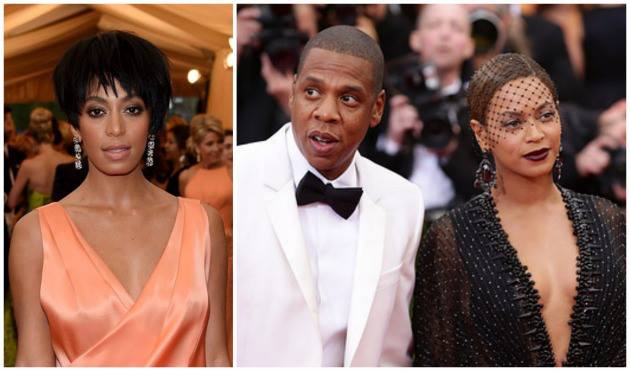 Another day has passed since the legendary elevator ‘incident’ that took place between JayZ and Solange. After a few days of silence, the Carter family is now speaking out. Bey’s and Hov’s public relations team have released an official statement in regards to the ‘incident’.

“As a result of the public release of the elevator security footage from Monday, May 5th, there has been a great deal of speculation about what triggered the unfortunate incident. But the most important thing is that our family has worked through it,” an exclusive statement to The Associated Press said Thursday. “Jay and Solange each assume their share of responsibility for what has occurred. They both acknowledge their role in this private matter that has played out in the public. They both have apologized to each other and we have moved forward as a united family.

The reports of Solange being intoxicated or displaying erratic behavior throughout that evening are simply false,” the statement continued. “At the end of the day families have problems and we’re no different. We love each other and above all we are family. We’ve put this behind us and hope everyone else will do the same.” source

And there it is! One thing we do know is that something happened that resulted in that incident. Reports, indicated that JayZ was flirting with another woman and Solange was not having it.

“Beyoncé’s younger sibling didn’t like the way designer Rachel Roy was hovering over Hovah at the Met Gala after-party at the Standard hotel, sources told the Daily News

Beyoncé’s younger sibling didn’t like the way designer Rachel Roy was hovering over Hovah at the Met Gala after-party at the Standard hotel, sources told the Daily News. “Rachel is a little too close to Jay Z,” a source told The News. “Solange doesn’t like it, and Beyoncé doesn’t like it.”

Solange, 27, unceremoniously told the designer that “anyone who gets close to Jay has to be warned and deal with her as a sister,” a source told Us Weekly. Roy, no pushover herself, didn’t back down when Solange told her she was “too close” to Jay Z, a source who was close to the spat said.

Beyoncé and Jay Z jumped in the middle of the two as they exchanged angry words. At some point, with Solange.” – source

This is juicy!!!! Hopefully, this is not something that has been going on for a while as far as JayZ disrespecting Beyonce and their marriage. Keep em in prayers.